Pune is where the Ganesh Festival started in the true sense, hence it holds a very special place in the history of Ganesh Chaturthi. A few old Ganpati establishments have an edge over others during the immersion ceremony as they are believed to be maanache (honoured). Fortunately, I had a memorable experience of visiting Pune’s 5 Maanache Ganpati this time!

Located in the heart of Pune and installed by Chhatrapati Shivaji Maharaj and Jijabai in the year 1639, Kasba Ganpati is considered to be the first honoured Ganpati as well as the local deity of Pune. Since Shri Kasba Ganpati Sarvajanik Ganeshotsav Mandal has conferred the privilege of immersing the idol of Lord Ganesh first in the river, the immersion process in Pune is always led by Shri Kasba Ganpati. 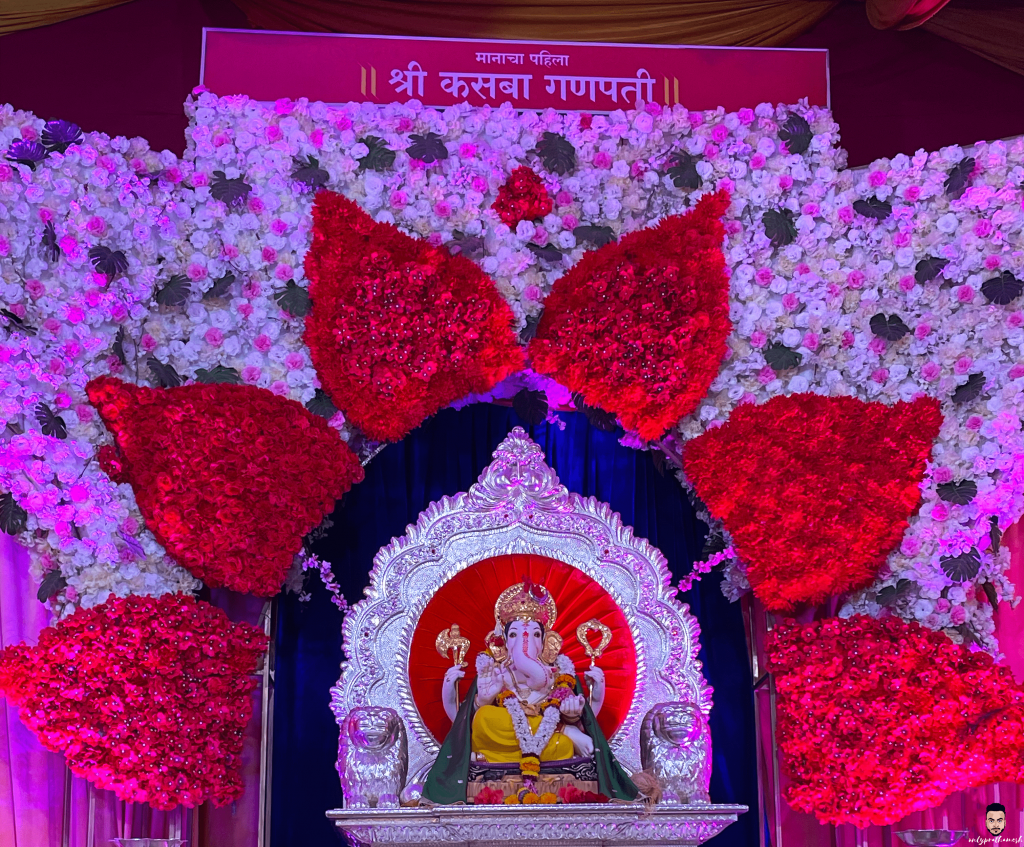 Shri Tambdi Jogeshwari Ganpati resides in Shree Tambdi Jogeshwari Temple, which is the temple of Pune’s Gramdevata (Goddess of the city). Shri Tambdi Jogeshwari Sarvajanik Ganeshotsav Mandal received the title of second honoured Ganpati from Shri. Lokmanya Tilak in the year 1893 and since then, this socio-cultural organization is contributing its bit to society through various social initiatives, keeping the culture and traditions intact. 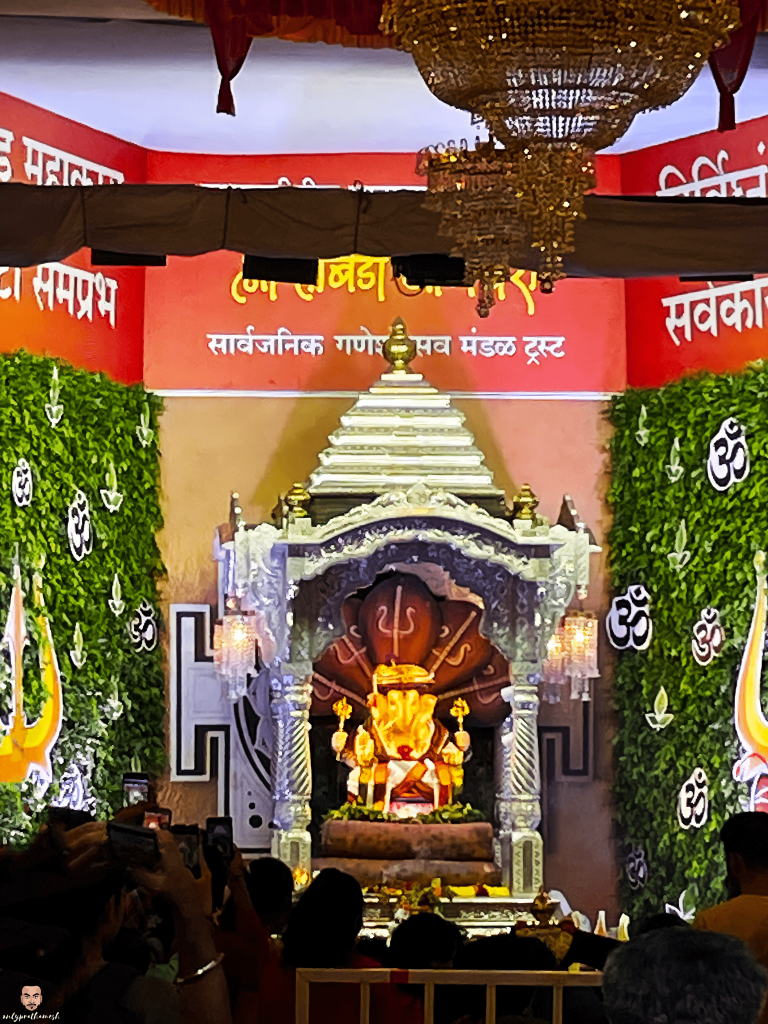 Guruji Talim Mandal was established by Shinde and Nalban families in 1887 to showcase the unity between Hindus and Muslims of Pune. This Ganpati Mandal has its root even before Shri. Lokmanya Tilak started Sarvajanik Ganeshotsav and holds the title of Pune’s third honoured Ganpati. 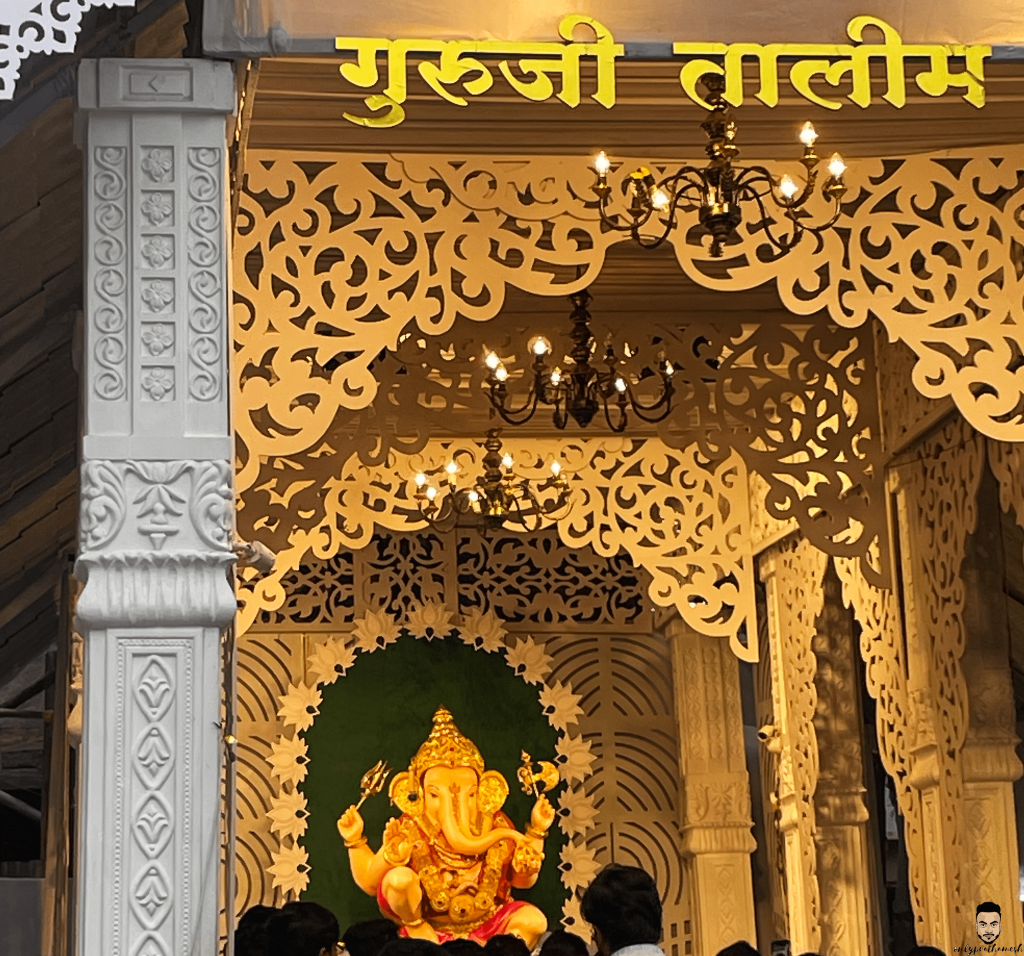 In the crowded market of Pune’s Tulshibaug, lies the 14-feet high Tulshibaug Ganpati surrounded by shops. What makes this Ganesh Mandal unique is the fact that they are establishing the Ganesha idol, made of glass fiber since 1975! It is the tallest statue among Pune’s 5 Maanache Ganpati and weighs more than 80 kgs. The artist behind this masterpiece is D.S. Khatawkar who has been decorating the statue for many years now. 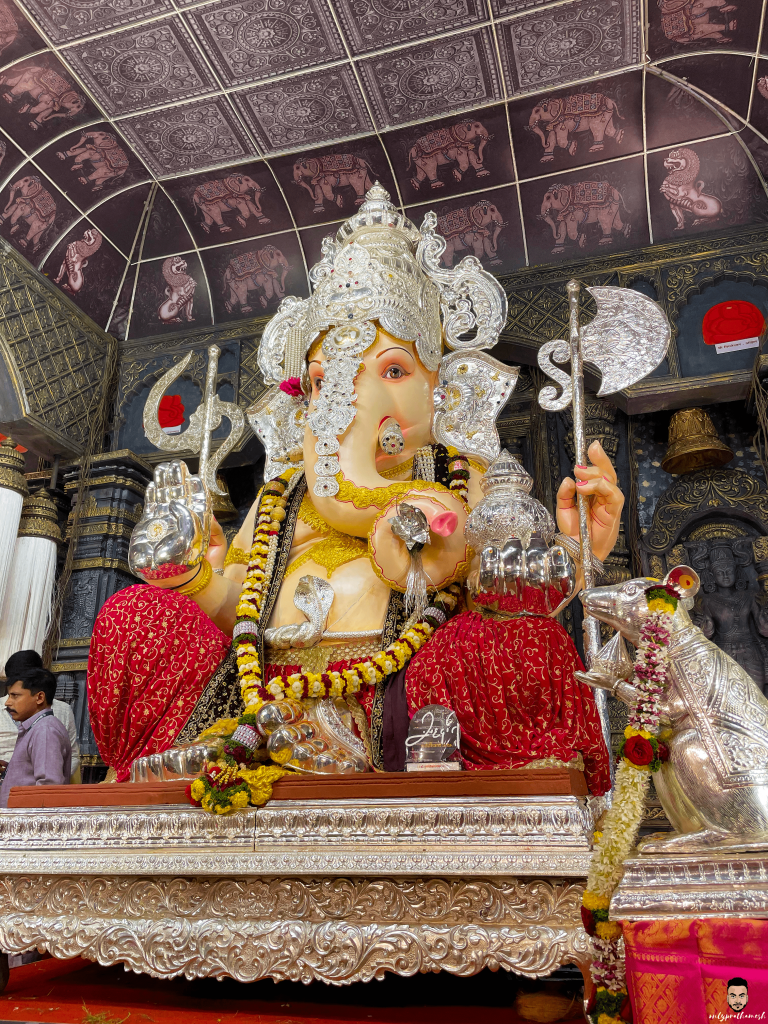 Kesariwada Ganpati represents the Ganeshotsav of Shri. Lokmanya Tilak’s ‘Kesari’ organization, started in 1894. The prime focus of Kesari trust has always been on organizing various lectures and competitions that bring people together keeping in mind that this was Bal Gangadhar Tilak’s vision when starting the festival. 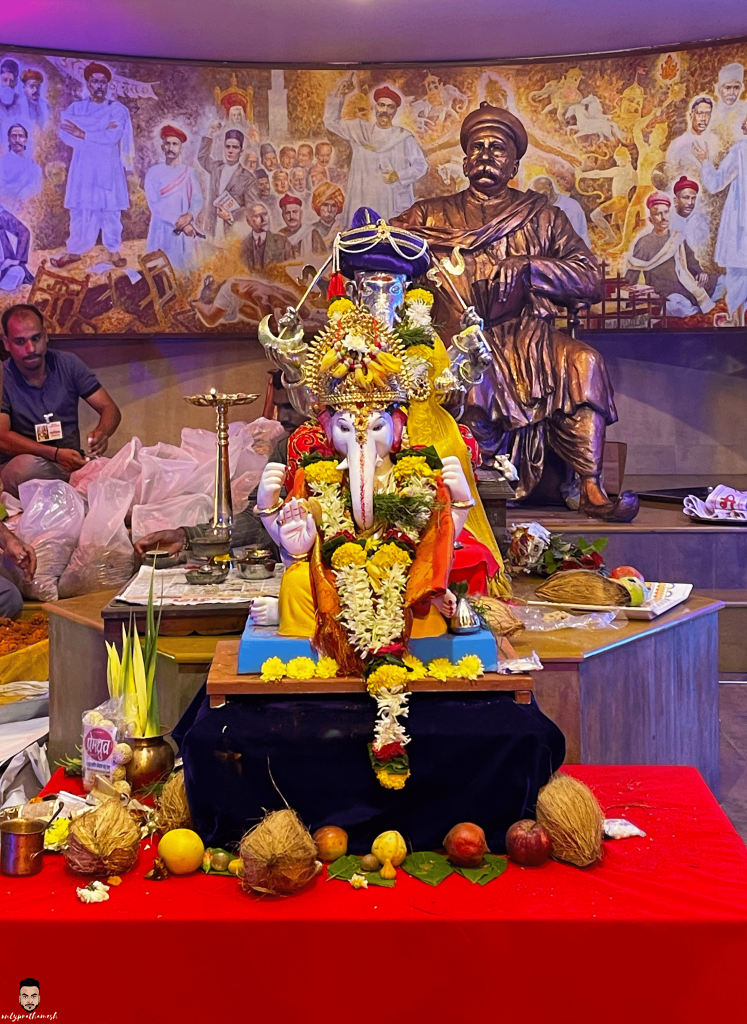 Special thanks to Maharashtra Tourism for inviting me for covering the grand experience of Ganesh Chaturthi 2022 in Pune!