Shri Tulja Bhavani Mata Temple is located in the town of Tuljapur in Maharashtra on the hill of Balaghat mountains. It is one among the 51 Shakti Peethas and also one of the divine three-and-a-half Shakti Peethas of Goddess Durga! 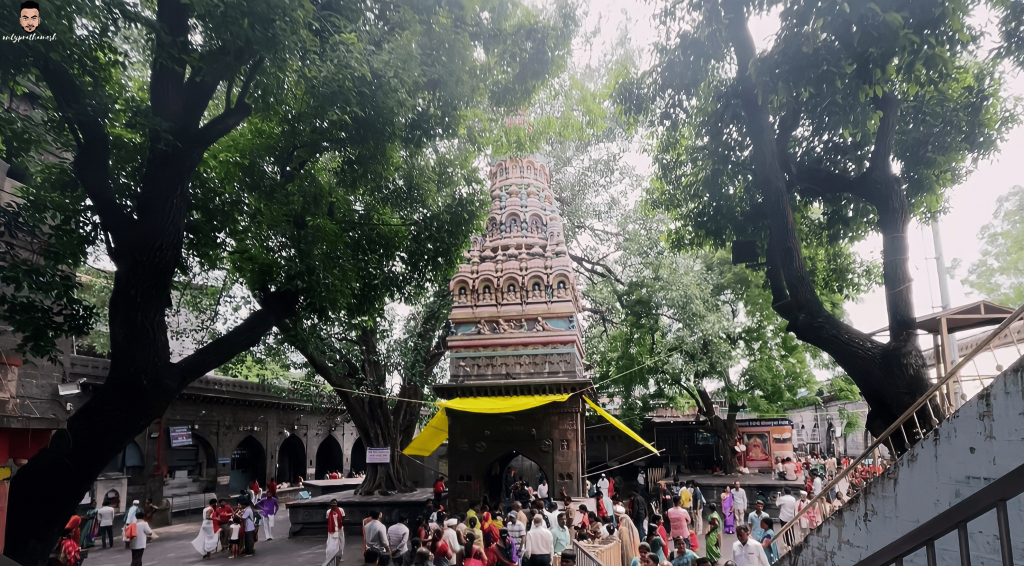 Mother Goddess Tulja Bhavani, fondly called Aai (mother) Ambabai, Jagdamba, and Tuljai gets the attendance of millions of devotees. They relentlessly queue up to seek blessings from the Goddess without complaining. Aai Tulja Bhavani represents the power of the supreme being that keeps the balance between moral order and righteousness in the universe intact.

Shri Tulja Bhavani Temple was built in the 12th century AD and its history has been mentioned in the ‘Skanda Purana’ as well. Tulja Bhavani Mata is considered the family deity (Kuldaivat) of the royal Bhosale family. The 3-feet high statue of Mother Goddess Tulja Bhavani is made up of granite stone. The goddess is seen holding various objects in 7 hands and the demon Mahishasura’s head in her 8th hand.

The temple has two gigantic entrances named Raja Shahaji Mahadwar and Rajmata Jijau Main Gate and in order to enter the main temple, one has to descend a few steps. 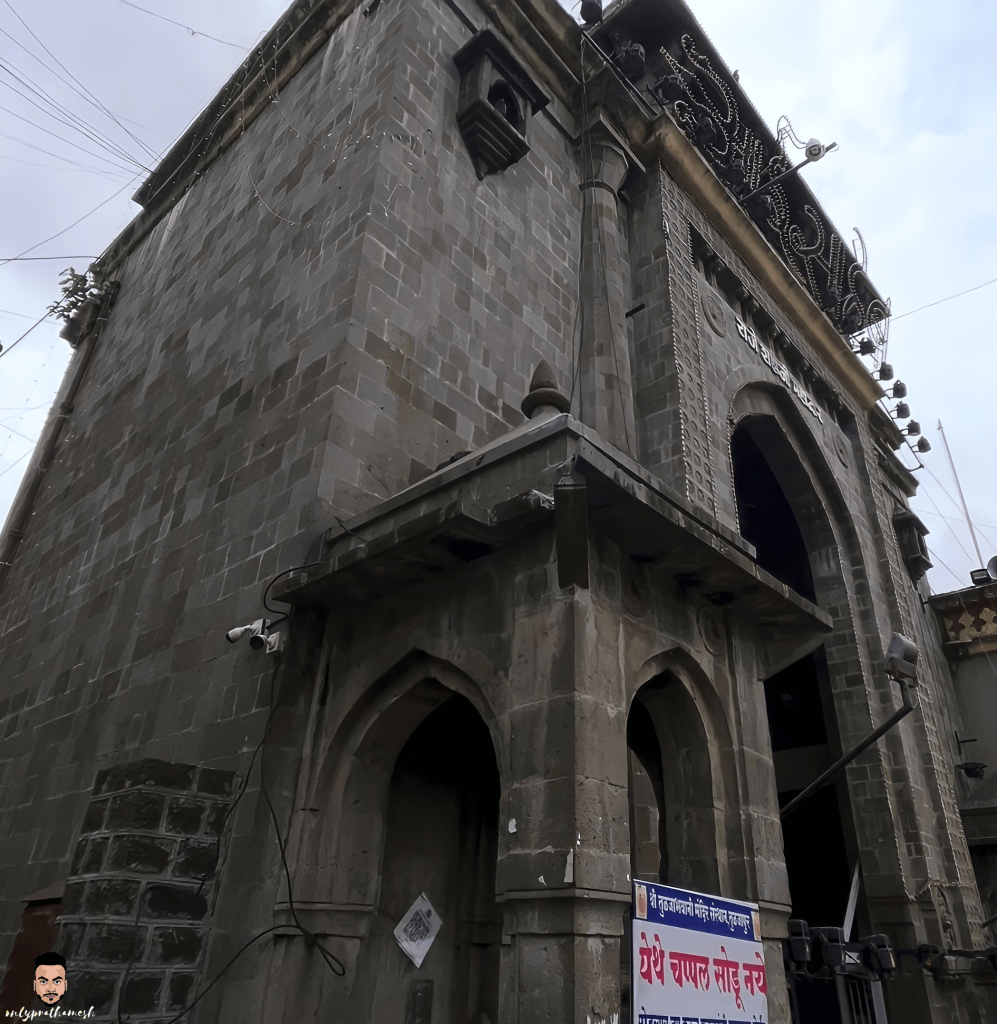 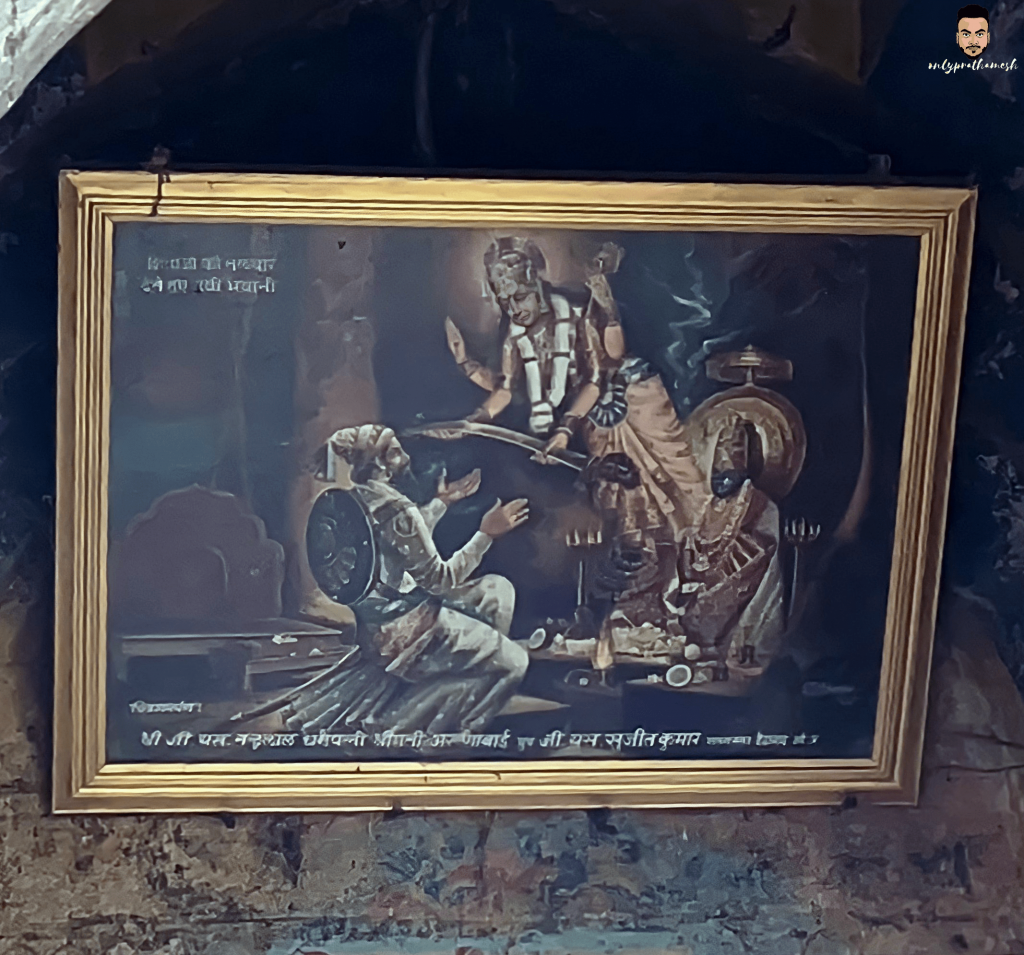 You will get to see a sacrificial fire alter in front of the temple along with several mini temples like Datta Temple, Siddhivinayak Temple, Aadishakti  Temple, Aadimata Matangadevi Temple, and Goddess Annapurna Temple. The temple is open from 4 AM to 9:30 PM every day and I would recommend you buy an online darshan pass as per your desired time slot here. There are 2 options to choose from, Free Darshan Pass, which will entitle you to a Mukh Darshan from a distance, and Donation Pass, which costs ₹200 per person and helps you save a lot of time and seek blessings closer than the devotees who opt the Free Darshan Pass.

There are variety of accommodation facilities available in nearby areas of the temple. You can visit https://shrituljabhavani.org/ for more details!